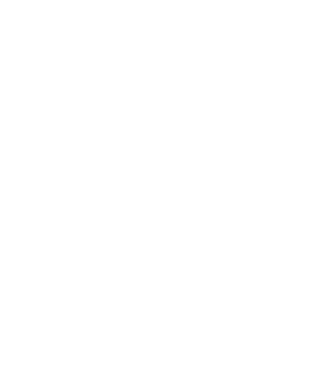 For the past 4 years, the European Alliance for Apprenticeships (EAfA) has promoted the value of this form of learning. EAfA is now entering a new development phase with the European Network of Apprentices. The Erasmus+ programme is also making great progress to facilitate mobility of apprentices across Europe.

The EAfA is a unique platform that brings governments together with other key players such as businesses, social partners, chambers, vocational education and training (VET) providers, regions, youth representatives or think tanks. The goal is to strengthen the quality, supply and image of apprenticeship in Europe. More recently, the mobility of apprentices has also emerged as an important topic.

During a recent event in Malta, the EAfA celebrated 4 years of success since its launch in 2013, taking stock of its achievements while also showing a way forward. This was the chance to officially launch the brand new European Network of Apprentices, with the support of the European Youth Forum and OBESSU, that makes sure that the voices of young apprentices are heard in discussions on VET and apprenticeships in Europe. This network promotes quality apprenticeships, which put the learner at the centre and respects the rights of young people as students and as workers. Involving young people in decisions that affect them is crucial. That’s why the European Network of Apprentices will work to ensure that these young people are represented in the set-up, design and implementation of apprenticeship programmes.

Apprenticeships have been in the spotlight recently. During the 30th anniversary celebratory event held on 13 June in Strasbourg, Jens Schmitz, a German apprentice, received a symbolic award together with another 32 representatives of the Erasmus+ generation, one from each of the participating European countries. The awards, handed out by the President of the European Commission, Jean-Claude Juncker, and the President of the European Parliament, Antonio Tajani, recognise extraordinary Erasmus+ stories that have set an example for the younger generations.

To facilitate access to VET mobility, the new Erasmus+ app was also launched during the celebrations. Aimed at simplifying applications procedures and enhancing the Erasmus+ experience, the app will certainly make life easier for many young Erasmus+ apprentices.

This website uses cookies to improve your experience while you navigate through the website. Out of these, the cookies that are categorized as necessary are stored on your browser as they are essential for the working of basic functionalities of the website. We also use third-party cookies that help us analyze and understand how you use this website. These cookies will be stored in your browser only with your consent. You also have the option to opt-out of these cookies. But opting out of some of these cookies may affect your browsing experience.
Necessary Sempre abilitato
Necessary cookies are absolutely essential for the website to function properly. These cookies ensure basic functionalities and security features of the website, anonymously.
Functional
Functional cookies help to perform certain functionalities like sharing the content of the website on social media platforms, collect feedbacks, and other third-party features.
Performance
Performance cookies are used to understand and analyze the key performance indexes of the website which helps in delivering a better user experience for the visitors.
Analytics
Analytical cookies are used to understand how visitors interact with the website. These cookies help provide information on metrics the number of visitors, bounce rate, traffic source, etc.
Advertisement
Advertisement cookies are used to provide visitors with relevant ads and marketing campaigns. These cookies track visitors across websites and collect information to provide customized ads.
Others
Other uncategorized cookies are those that are being analyzed and have not been classified into a category as yet.
ACCETTA E SALVA